Catacombes Today:
These fabulous photographs by J.M. Schomburg inspired me to do a contemporary page on the Paris catacombs, as well as the historic one.

Here are four of the most beautiful, glowing gold, green, blue, and red. The first is his self-portrait. 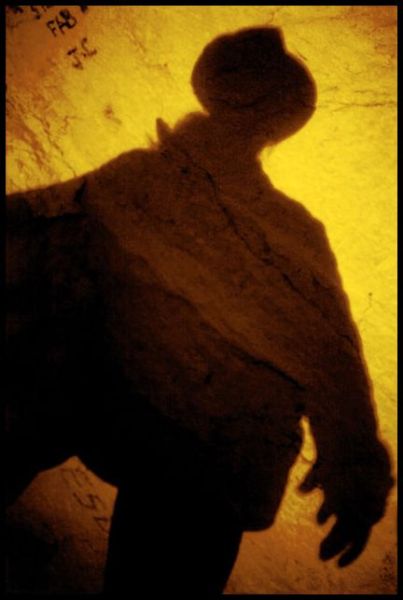 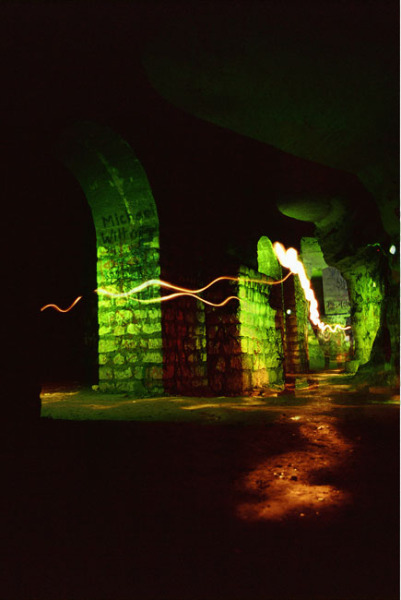 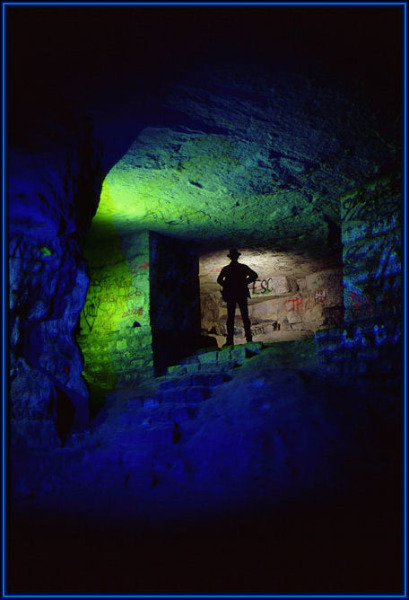 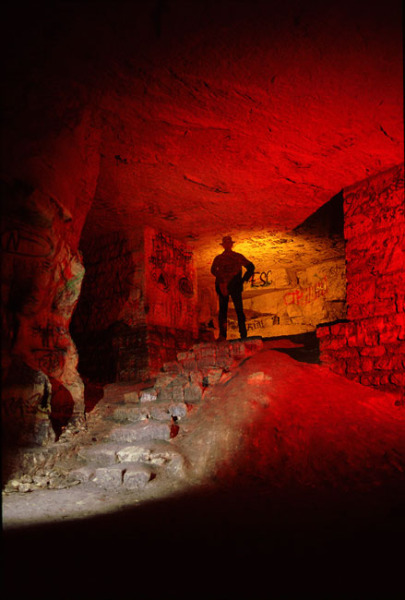 For decades, tourists have been kept to a carefully bounded section of the Catacombs. They pay their money, descend a winding stair, walk the walk of the dead, and ascend to the light. 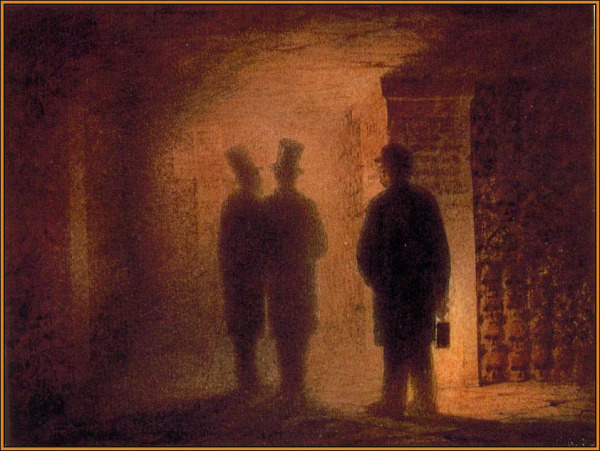 But those known as Cataphiles have their own secret entrances, doorways, sewer connections, and manhole covers that give them access to the vast underground world of the catacombs.

Jon Henley, in Paris for The Guardian, reported that the police had discovered a movie theatre and restaurant hidden away in a forgotten cavern, with tables and chair carved from the giant cavern itself. The ceiling was adorned with an eclectic combo of symbols and the creator/s of the underground theatre seemed to favor Film Noir. Electricity was connected, and phone lines as well. When the police returned a a few days later, it had been disconnected and a note left warning them not to attempt pursuit. Later, a group calling itself the Perforating Mexicans, claimed authorship. It hardly mattered, it seems, because there were many many more secreted away within some hundred and seventy miles of tunnels, caverns, and cubbyholes.

Some cataphiles, like those above, create rooms for their theatres, their raves. Others create art. Of these subterranean images The Wave is perhaps the most famous.

Some of the images captured by photographer Jérȏme Bon reproduce fine art:

Or venture into the surreal: 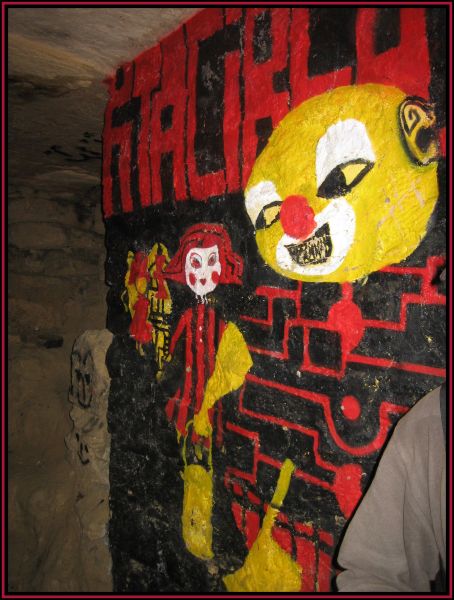 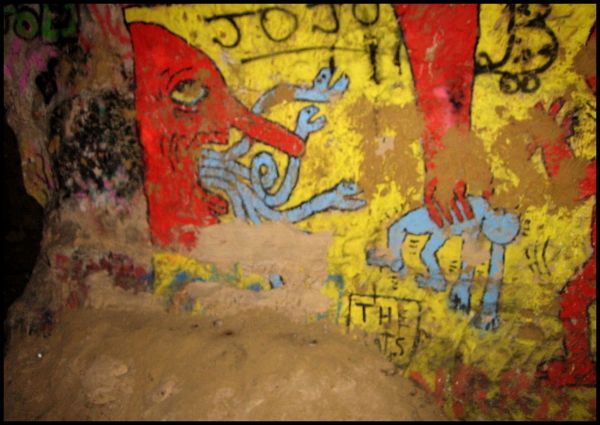 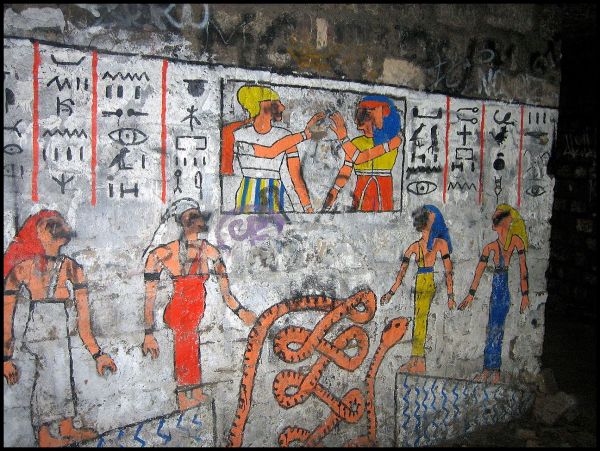 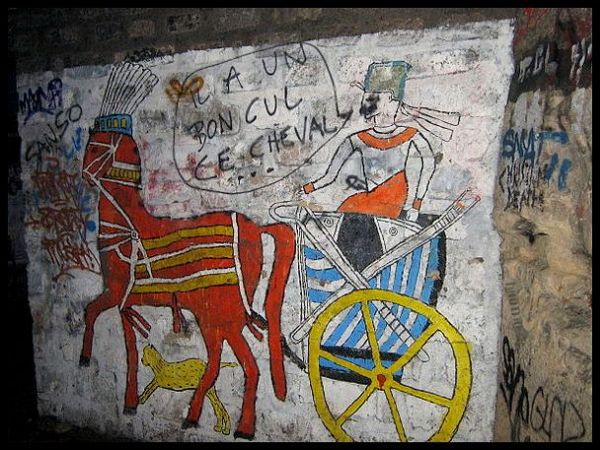 Are you intrigued? I have not taken a journey with the cataphiles, but others have.

Some of the above Wiki photos by Jerome Bon have been intensified for clarity, or trimmed for emphasis.

More information on the banner and post images of J.M. Schomburg can be found at the photographer’s website. http://www.jm-schomburg.com.