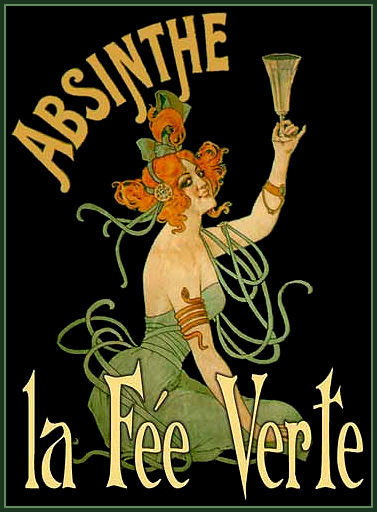 The green fairy ruled the boulevard cafes of Paris for several decades. Five o’clock was the Green Hour, l’heure verte, when artists, writers, and society high and low performed the ritual pouring the green spirits into a glass, balancing a perforated spoon atop, and drizzling water over the sugar to sweeten and mellow the bitter intensity of the herb infused alcohol.

Artists and writers such as Van Gogh, Baudelaire, Verlaine, Rimbaud and Alfred Jarry found absinthe inspiring. Toulouse-Lautrec is credited with having created the Earthquake, a powerful cocktail concoction half brandy and half absinthe.

The most famous story is recounted by Oscar Wilde, remembering his impressions of drinking absinthe one evening at The Café Royal – the closest he could get to Paris in London. Wilde said that “the first stage is like ordinary drinking, the second when you begin to see monstrous and cruel things, but if you can persevere you will enter in upon the third stage where you see things that you want to see, wonderful and curious things.”

“One night I was left sitting, drinking alone, and very late in the Cafe Royal, and I had just got into this third stage when a waiter came in with a green apron and began to pile the chairs on the tables. “Time to go, sir,” he called out to me. Then he brought in a watering-can and began to water the floor.“ Time’s up, sir. I am afraid you must go now, sir.”

“Waiter, are you watering the flowers?” I asked, but he didn’t answer. “What are you favorite flowers, waiter” I asked again. “Now, sir, I must really ask you to go now, time’s up,” he said firmly. “I’m sure that tulips are your favorite flowers,” I said, and as I got up and passed into the street I felt-the-heavy-tulip-heads-brushing against my shins.” 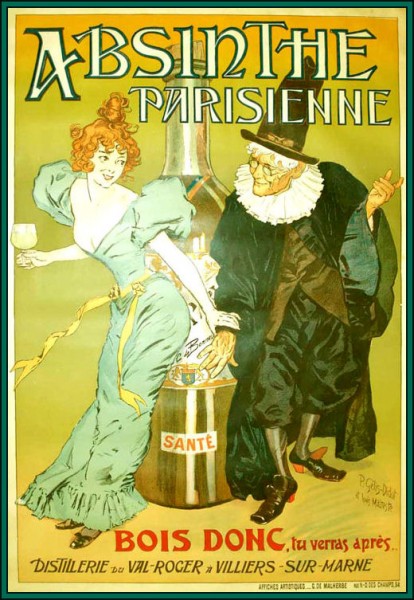 The woman in the Terminus advertisement evokes, or perhaps is, the famous Sarah Bernhardt. 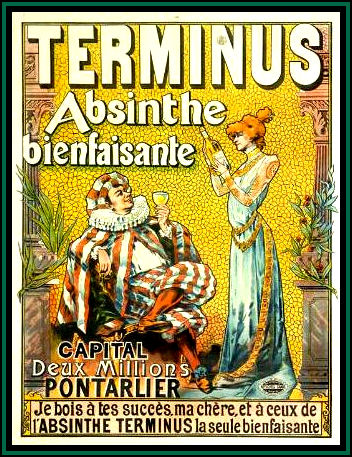 The lure of the Green Fairy was difficult to resist.  For years she was the most popular of aperitifs. 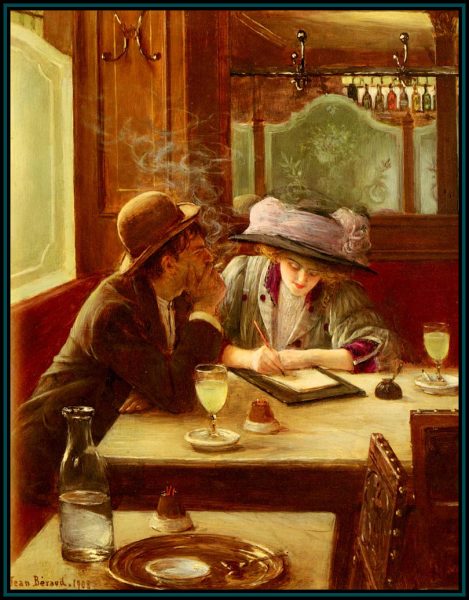 The Letter by Jean Béraud.

But, as time passed, absinthe fell into a deeper and deeper pit of disrepute.

Much of the evil attributed to absinthe was due to the French disregard of the effects of other alcoholic potables, especially that most healthy of all beverages, wine. 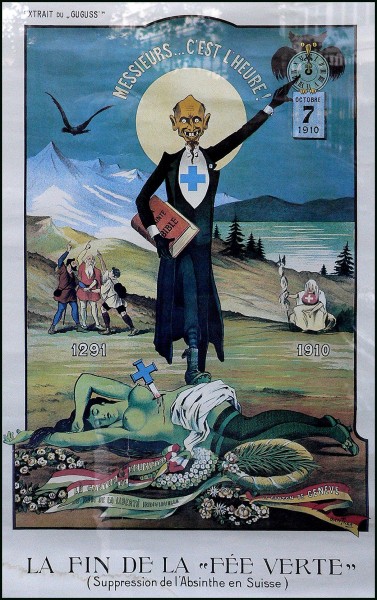 If a man came home one night and murdered his family, it was due to the absinthe he drank at l’heure verte, not the wine, beer, and other assorted spirits he may have consumed beginning when the cock crowed that morning. 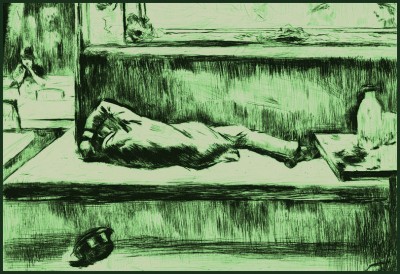 Some people did seem to become truly addicted. They could perhaps have been destroyed as utterly by wine, whiskey, or cocaine, but if the absinthe spirits of the Belle Epoque did possess some hallucinogenic properties, perhaps they had a particular sensitivity to it and could not find its revelations elsewhere.

Eventually absinthe was outlawed in France and many other countries, though bootleg absinthe was always available.

There were also new laws restricting the ingredients of patent medicines, which had been stuffed to the gills with addictive ingredients. Those who actually realized their dependence could, of course, take a “cure”, which was likely to contain even more of the same. 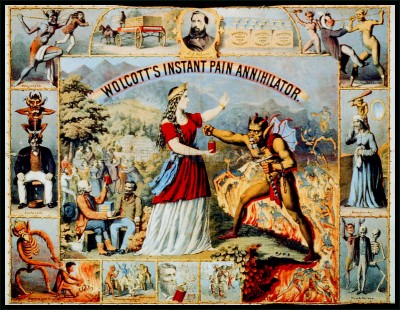 Today bottles of a drink called absinthe are having a renaissance. The Green Fairy may pose upon their labels, but she does not inhabit their contents. Still redolent of anise, fennel, hyssop and other herbs, this faux absinthe possesses only a figment of its former magic, for the most essential ingredient of the wormwood, thujone, leaves remains outlawed. The curious quest venture far and wide on their quest for the elusive brew. 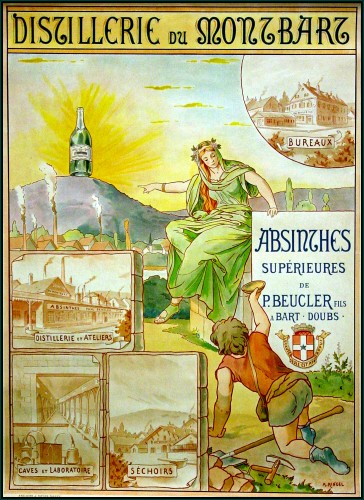 Some scientific research leans toward the theory that the Bohemians of Paris spoke the truth about the clarity of vision and creative stimulus they experienced, that the active ingredient in wormwood, thujone, enhances the mind in curious ways. Other articles claim that such theories have been forever disproved.

The Green Fairy keeps her secrets.

The images in the header are Absinthe Robette by Privat Livemont and A Green Fairy painting by Albert Maignan.