All images are copyrighted to the artist. Please ask permission to use and always give attribution.

The banner image is Olga’s Ice Cream Is Fantastic, an oil painting I did for a friend’s ice cream parlor in Corvallis, Oregon years ago. The friends have departed for warmer climes, but I the painting lives on at the university. The 4′ x 6′ painting has a flock of science fiction and fantasy characters from various realms. 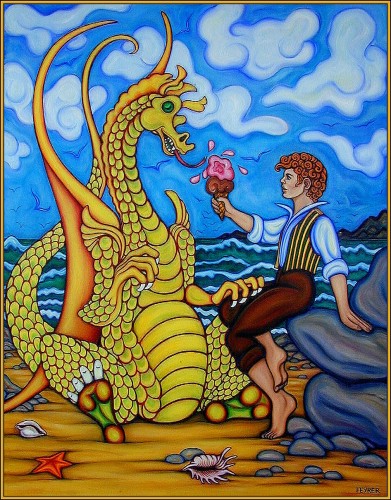 These two companion ice cream paintings were done about the same time. The first is my vision of Puff The Magic Dragon.
Here are Beauty and the Beast, en route to deliciousness. 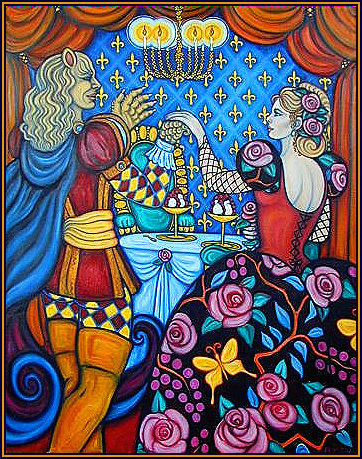 The Beast and his Beauty have been a favorite couple of mine, celebrated in several paintings including this watercolor stroll in a midnight garden. Although I enjoy looking at other visions, my beast is very much the handsome leonine creature of Cocteau’s film, with his exquisitely magical castle. I was also fond of Vincent from the Beauty and the Beast television series. 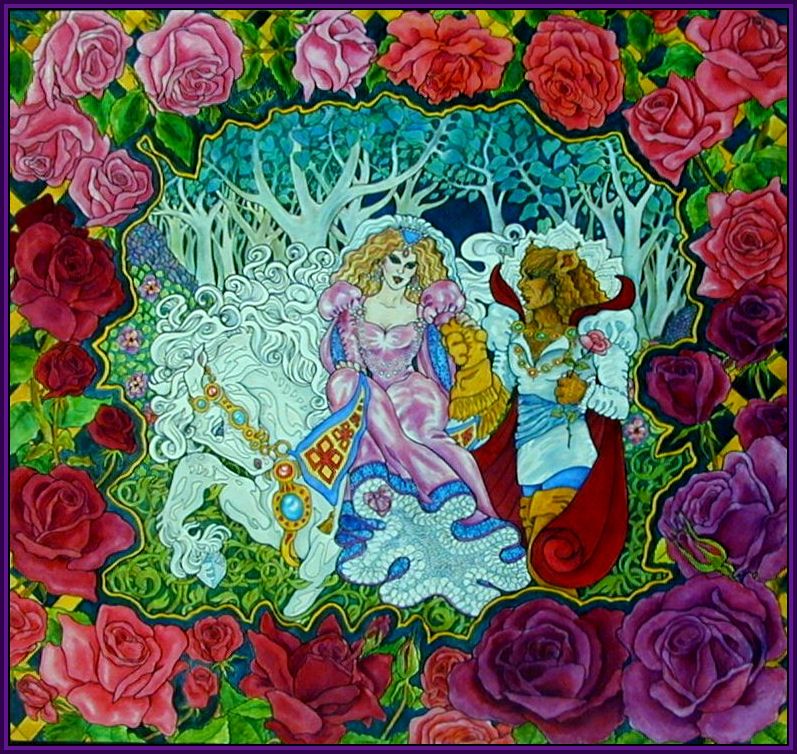 This watercolor was to be the cover for Sweet Fang, the never-quite finished cookbook of deliciously decadent desserts and sophisticated entrées touched with sweetness. 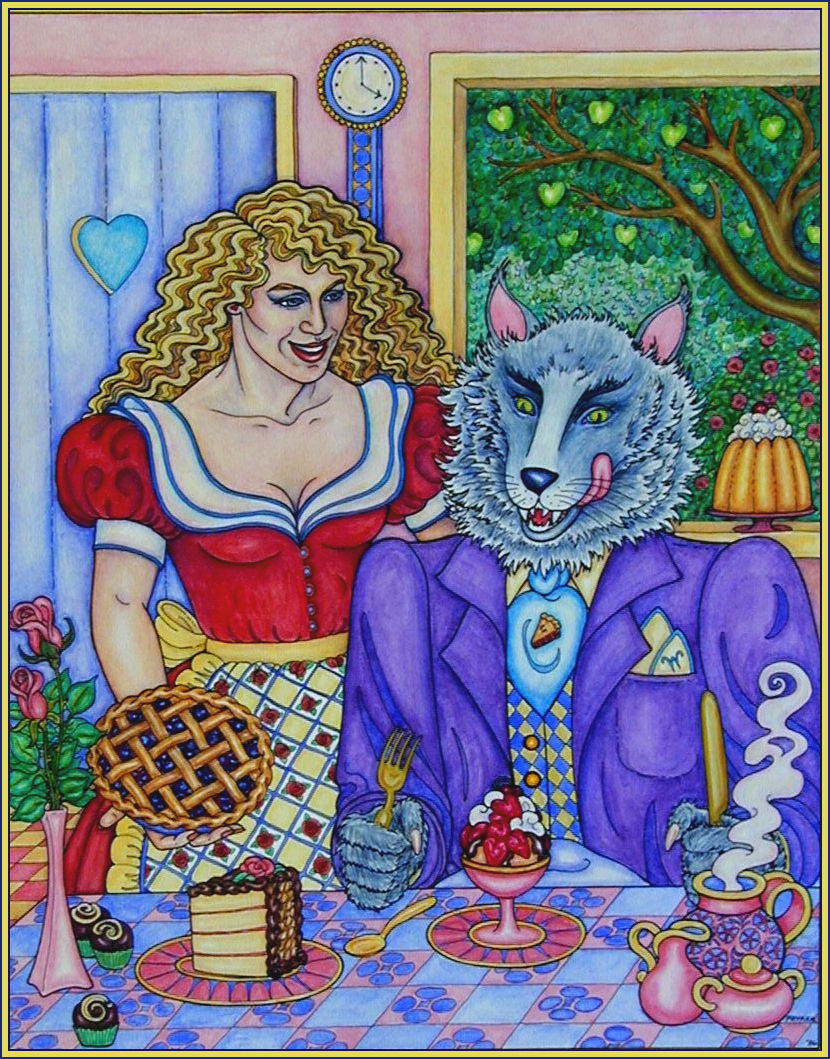 The Sun and Stars: This is the cover illustration for Elizabeth Adair’s Tudor mystery. It’s very much a redo of Arthur Rackam’s more medieval version, in the public domain. The composition, with both the watchers and the tournament featured so prominently was perfect for her opening scene. 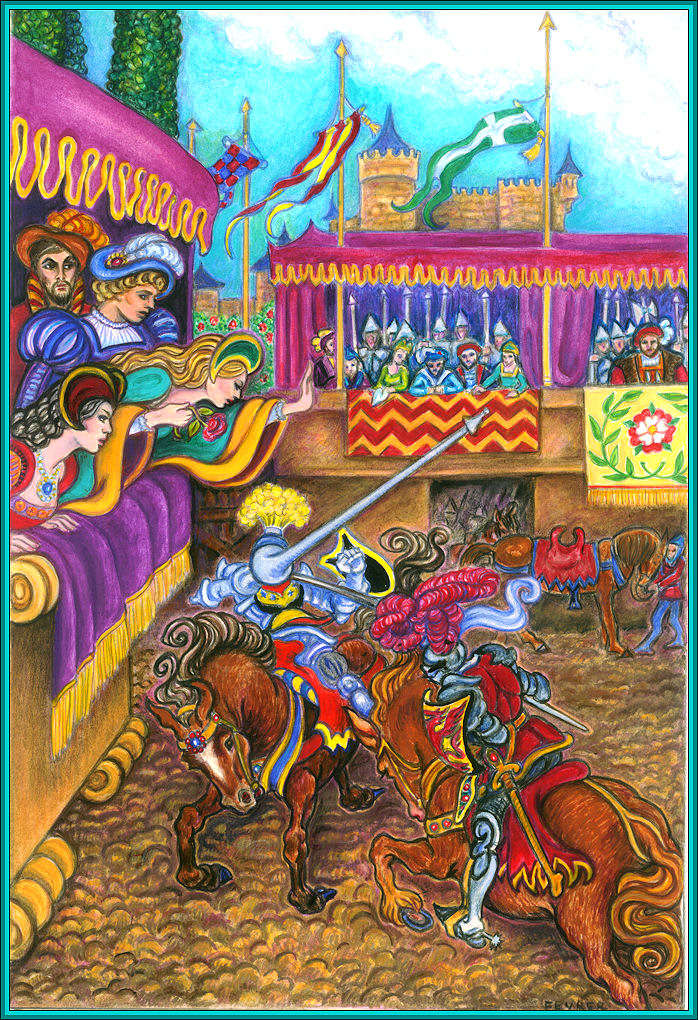 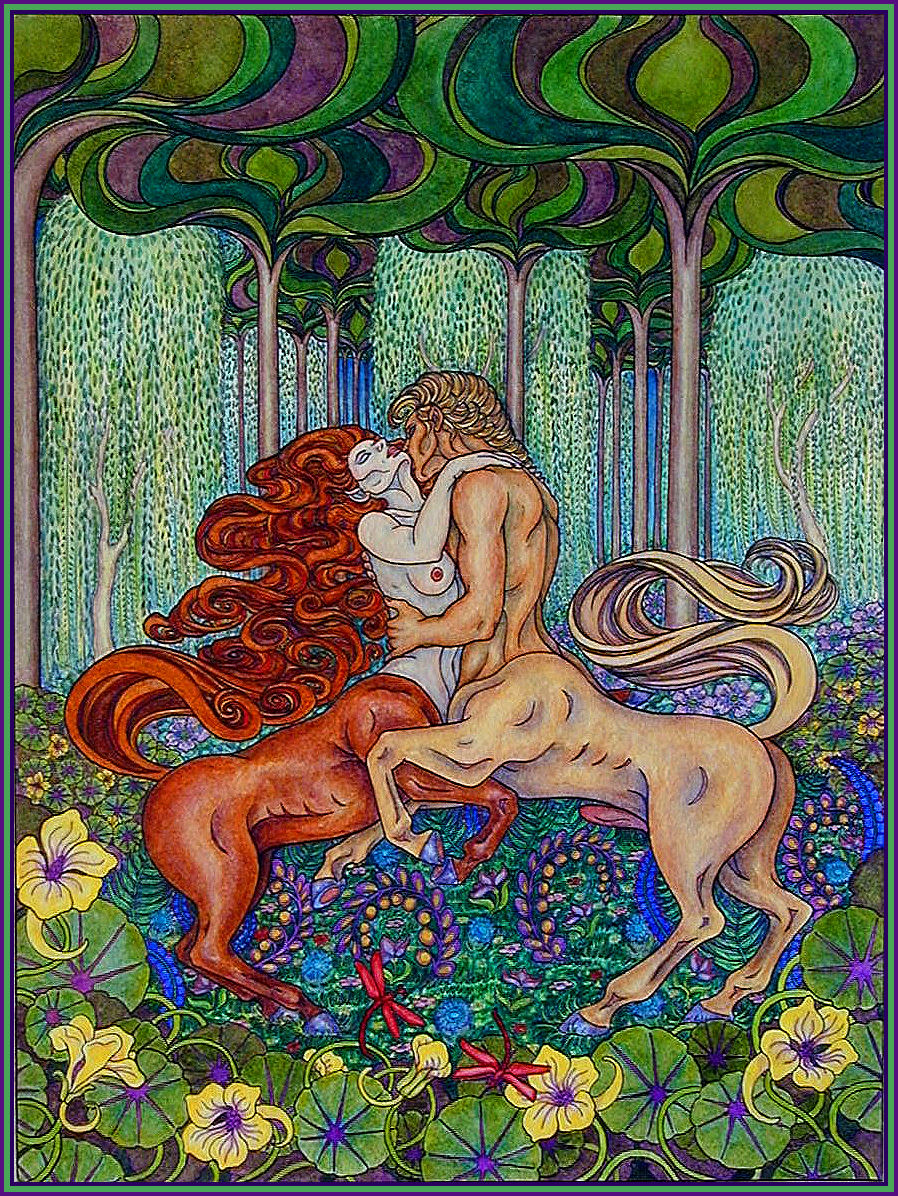 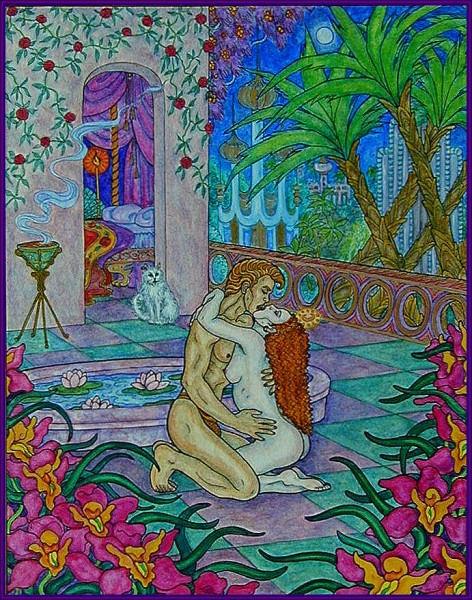