For centuries, over a dozen windmills graced the Butte Montmartre. I especially love this old photo of the moulins lining a street of the Goutte d’Or, the area known as the Golden Drop. I was going to have Theo do a painting of it, but by the end of the 19th Century, these had vanished. Theo did try to capture the feel of the blade and the slightly sinister shadow in the painting that she did. 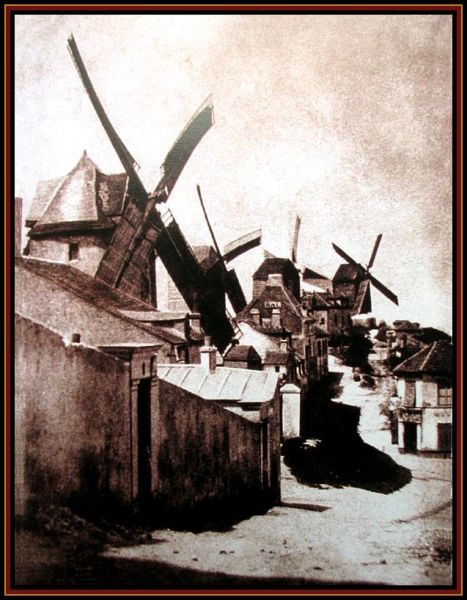 When Theo came to Montmartre, only two windmills remained atop the butte. There was the Moulin de la Galette and the Radet, or possibly Le Blute-fin and the Radet. According to various totally confusing sources, one or the other, or both, merged to become what we know as le Moulin de la Galette. The archway on Theo’s street, le rue Lepic, proclaims that it leads up to the Galette. It can be seen today, though the property is now private.

Here is le Blute-fin, as painted by Van Gogh. 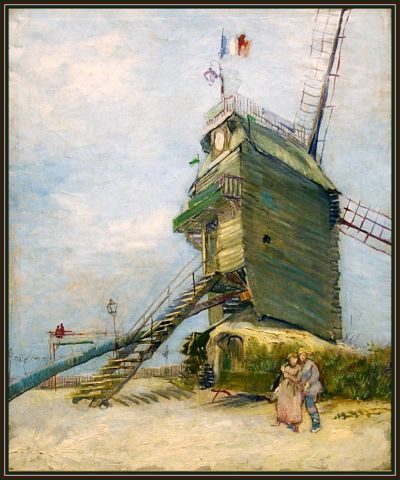 Built in 1717, these two were bought by the Debray family, who used the flour they milled (when they still functioned as mills) to make the little flat brown cakes known as galettes, which were served there with a glass of wine. Originally the two were closer together. 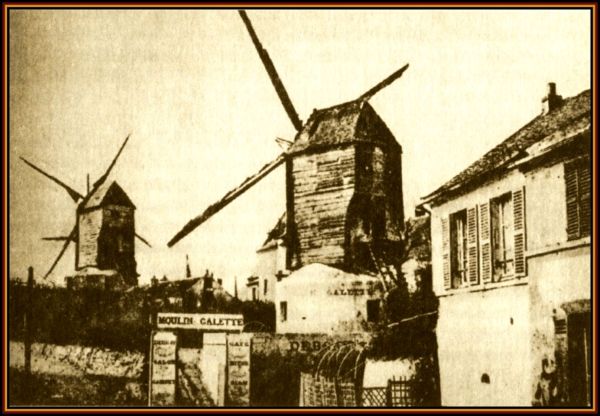 In in 1924 le Radet was moved to the corner of Girardon and Lepic streets, and called itself Le Moulin de la Galette. Though in this painting by Van Gogh, it certainly seems to occupy the same corner long before that date. Quite strange…. 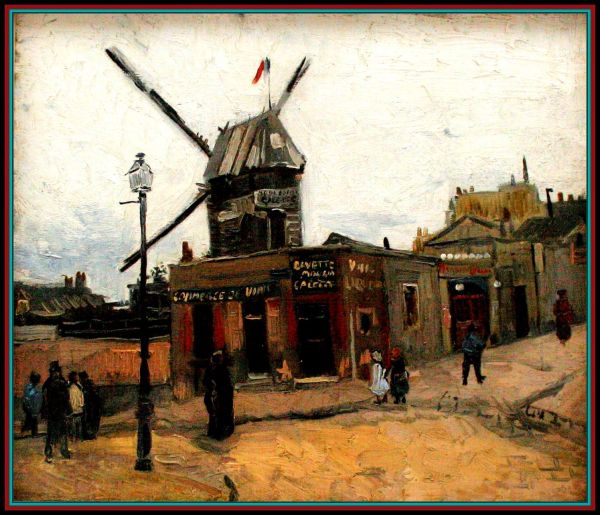 Early in the the 19th century, the mill became a guinguette as well, a casual restaurant bar that eventually offered a place to dance. Crowds would gather early as shown in this painting by Federico Zandomeneghi. 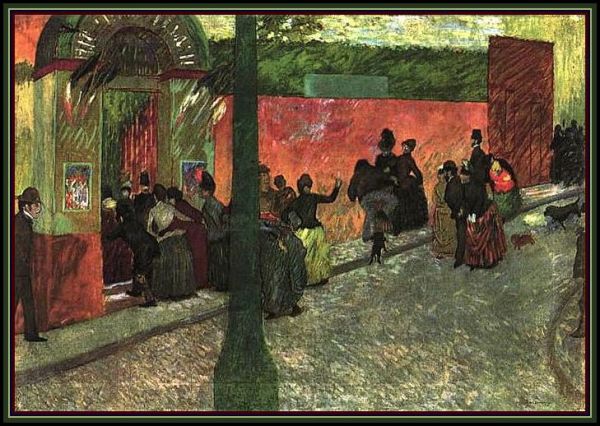 One of my favorite painters of the moulins, is the Spanish Impressionst Santiago Rusiñol, whose work evokes more loneliness. 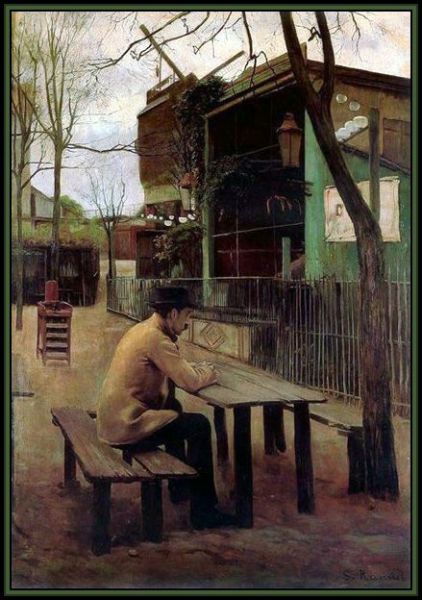 In this interior by Ramon Casas, the woman is alone but not so lonely. 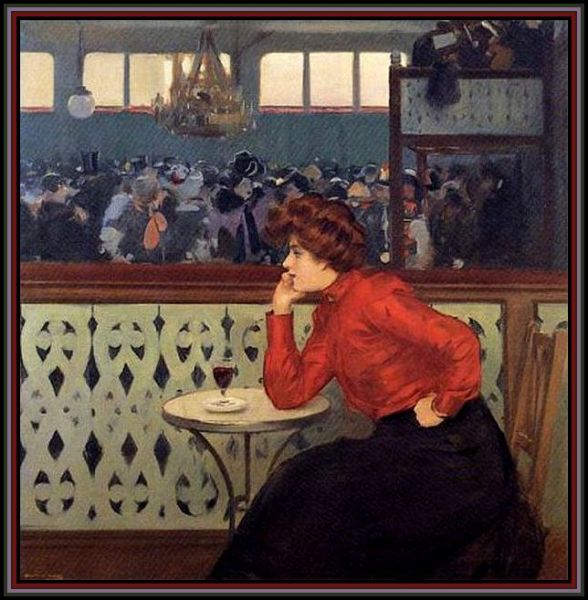 Finally, here is a vintage photograph of the actual interior of the Moulin de la Galette, with the dance floor full. 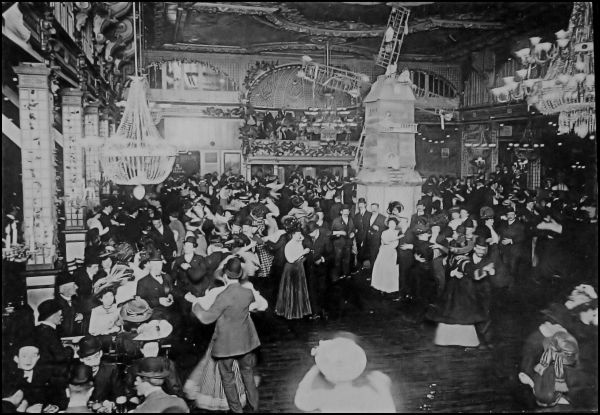